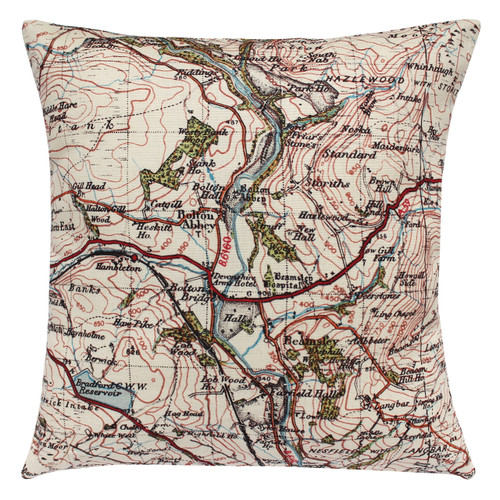 A linen cushion printed with a detail from map of the area around Bolton Abbey in the Yorkshire Dales. The map was originally published by Ordnance Survey in 1947. It shows Wharfedale, with the ruins of the 12th century monastery, now usually known as Bolton Priory. The Devonshire Arms Hotel on the Bolton Abbey Estate is also shown. The cushion is digitally printed and has a plain cream linen back with an envelope opening.

Made in the UK