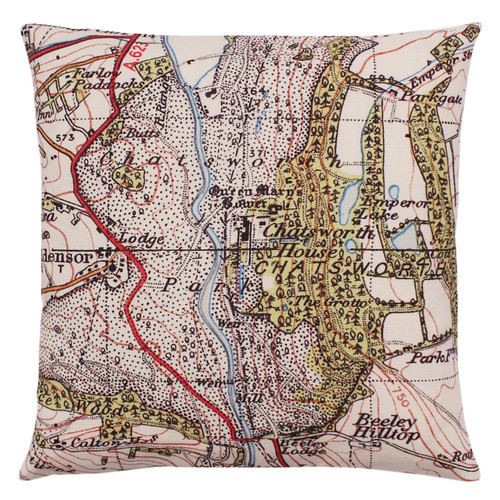 A linen cushion printed with a detail of a map of Chatsworth House in the Peak District, the home of the Duke and Duchess of Devonshire. Originally published by Ordnance Survey in 1947, the map shows details of the estate including the Emperor Lake and Edensor. The cushion is digitally printed on linen and has a plain cream linen back with an envelope opening.

Made in Great Britain.

FREE SHIPPING IN THE UK FOR CUSHIONS!