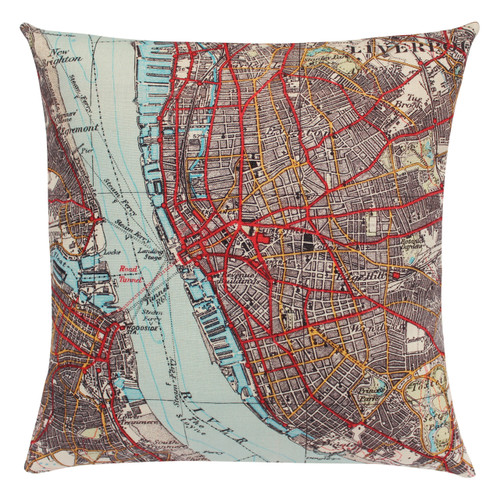 A linen cushion printed with map of Liverpool, originally published by Ordnance Survey in 1929. The cushion shows the City Centre, Liverpool docks, River Mersey and ferry routes to Birkenhead and New Brighton. The stations of the Liverpool Overhead Railway which opened in 1893 can be seen alongside the docks. Princes Park, Sefton Park and the Botanical Gardens can be seen. The cushion is digitally printed and has a plain cream linen back with an envelope opening.

Made in the UK