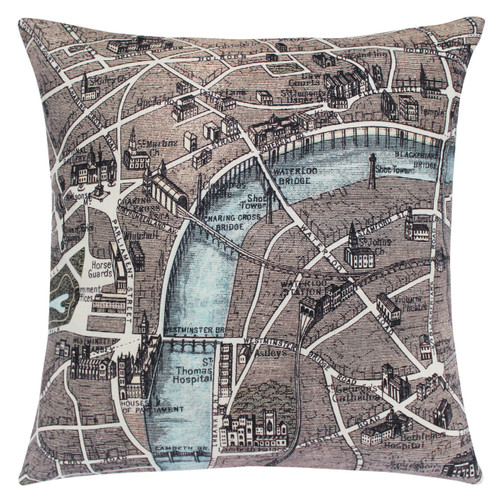 A linen cushion showing a bird's eye view of central London as it was in 1889. The detail of this fascinating map shows The Houses of Parliament, Westminster Abbey, The National Gallery, The British Museum and Waterloo and Charing Cross stations. The River Thames is crossed by several bridges including Lambeth, Westminster Charing Cross, Waterloo and Blackfriars Bridges. The cushion is digitally printed and has a plain cream linen back with an envelope opening.

Made in Great Britain